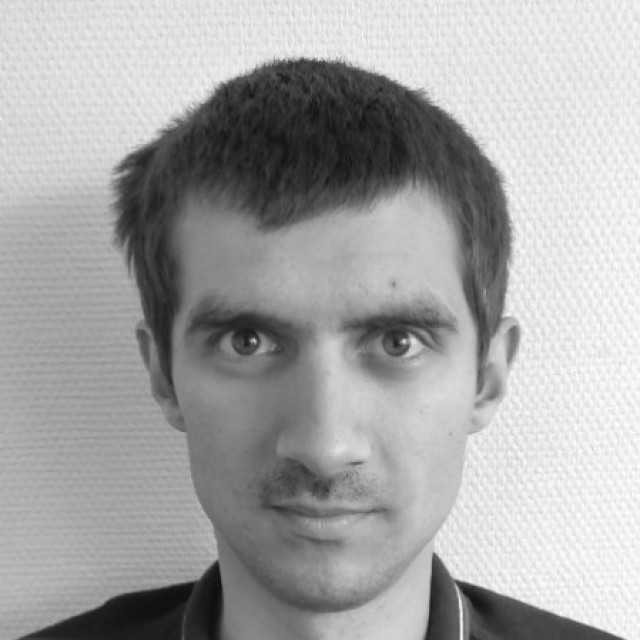 Artem was born and raised in Voronezh, Russia. He received his master’s degree in physics with honors from Lomonosov Moscow State University in 2013. During his PhD, Artem studied swelling behavior of polyelectrolyte networks under the guidance of Professor Elena Kramarenko at Lomonosov University. He simultaneously developed a theory of non-uniform and non-isotropic swelling of polymer microgels under the co-advisement of Professors Igor Potemkin and Martin Möller in DWI–Leibnitz Institute for Interactive Materials at RWTH Aachen University, Germany. He moved to Pau, France, in 2017, where worked as a postdoctoral researcher in the group of Dr. Oleg Borisov in cooperation with Dr. Ekaterina Zhulina. Artem joined the de Pablo group in November 2018 and is currently a postdoctoral fellow at the Pritzker School of Molecular Engineering working as a theorist on coacervation-related phenomena. In his spare time, he enjoys watching/playing chess and watching ice hockey.