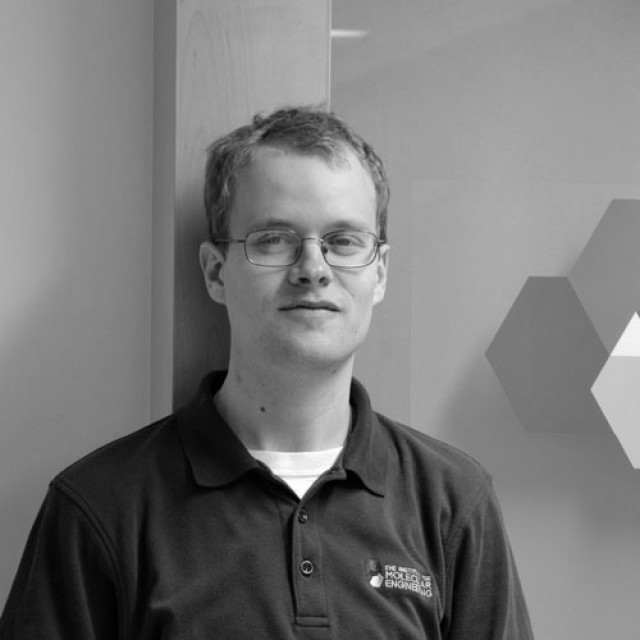 Born in Boston, Massachusetts, Seidel began his collegiate career at Central Arizona College in Coolidge, Arizona. After receiving his AS in engineering science, he transferred to the University of Texas at Austin, where he obtained his BS in chemical engineering with high honors in 2010. While at UT-Austin, Seidel worked in the research lab of Dr. Nicholas Peppas, investigating diffusion behavior (Fickian vs. Case II transport) in various biomaterials. He joined the research group of Professor Paul Nealey in the summer of 2010 and entered the graduate program at the University of Wisconsin-Madison that fall. He defended his master’s on the use of layer-by-layer (LbL) films to achieve surface energy tunability in January of 2013, then joined the new Pritzker School of Molecular Engineering at the University of Chicago as a PhD candidate. In June 2013, Seidel moved to work at IMEC in Leuven, Belgium.