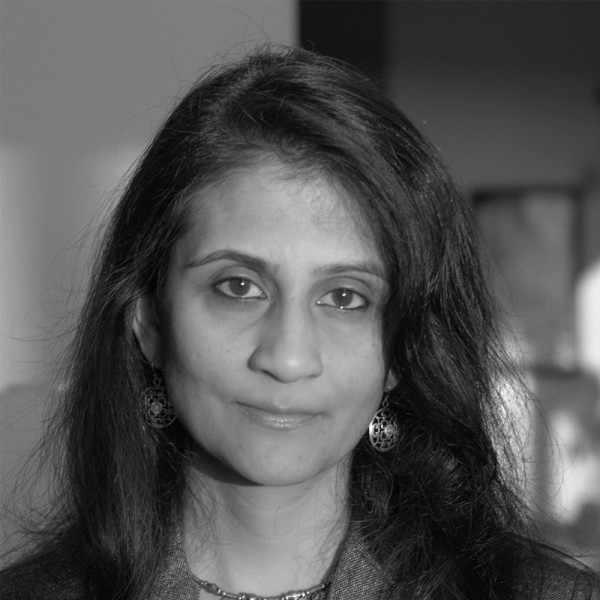 Monisha Ghosh joined the University of Chicago in September 2015. She is currently a research professor at the Pritzker School of Molecular Engineering, an associate member of the Computer Science Department, and an affiliate at Argonne National Laboratory. Prior to this appointment, she worked extensively in industrial research and development at Interdigital (NY), Philips Research (Briarcliff Manor) and Bell Laboratories (Murray Hill) in the area of wireless communications and signal processing.

Ghosh received her PhD in electrical engineering in 1991 from the University of Southern California and her B.Tech in electronics and electrical communications engineering from the Indian Institute of Technology, Kharagpur, in 1986. She joined Philips Research in 1991 as a Senior Member of Research Staff and was a member of the team that developed the first digital broadcast HDTV system where her work on the physical layer led to the first VSB IC implementing a blind decision feedback equalizer.

Between 1998-1999 she was a Member of Technical Staff at Bell Laboratories, Murray Hill where she worked on OFDMA for cellular systems, a precursor to 4G LTE. She returned to Philips in 1999 as a Principal Member of Research Staff and had key contributions to 802.22, the first cognitive radio standard for the TV White Spaces. In 2011, she initiated research in the use of probabilistic methods for health analytics in a collaboration with the Mayo Clinic. In 2012, Ghosh joined Interdigital where she continued to work on standardization for 802.11.

Ghosh has over 50 scientific papers and 40 patents. She received the Distinguished Engineer Award in Philips in 2008 and is a Fellow of the IEEE.