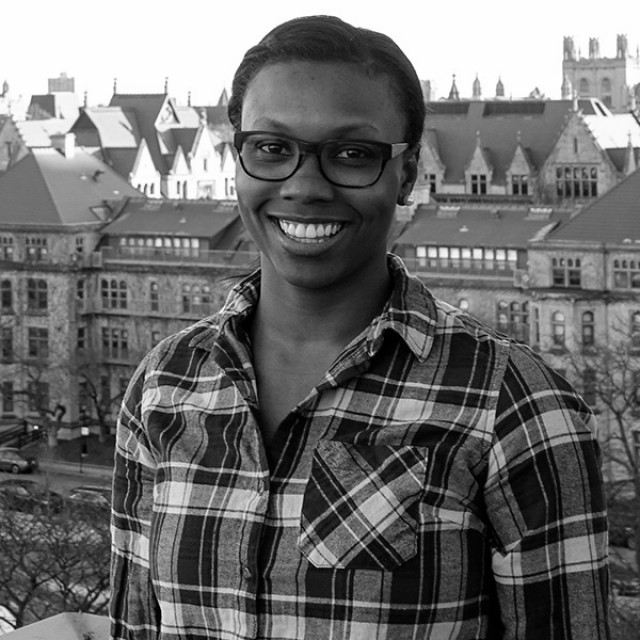 Raised in Normal, Illinois (we know what you are thinking), Britteny first became interested in science after seeing a documentary about CERN in the eighth grade. Britteny attended Iowa State University in Ames, Iowa, as a chemistry major where she first performed plant exudate research with Dr. Lori Biederman. Interested in making molecules, Britteny worked under Dr. Brett VanVeller researching cell-penetrating peptides. She received her BS in 2016. The research with Dr. VanVeller grew her interest in chemical biology and prompted her join the Esser-Kahn Lab.

Britteny's scientific hero is George Washington Carver. Her favorite quote is, "During your life, never stop dreaming. No one can take away your dreams," from Tupac Shakur